We have just been recently testing the performance of the most recent Core API Docxpresso package and we have got some results that we believe are worth mentioning as they speak by themselves of the robustness and speed of our document generation platform.

Although a more technical article will follow we would just like to stress the main results of the test without diving into the nitty gritty details.

Starting from a one page Office template that mimicks an ordinary invoice we were able to generate more than 1 million documents (in .doc or .odt formats) in less than 1 hour with an ordinary web server. 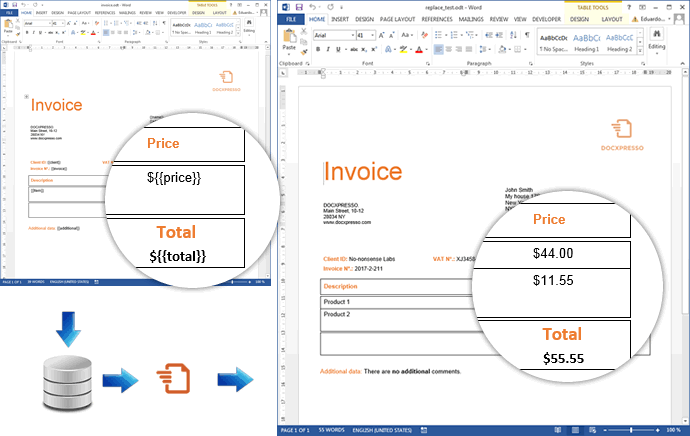 We would like to remark that these tests were run on a computer worth less than $1000 with a Intel i7 quad-core CPU, 8GB of RAM and a SSD storage and no specific optimization of the default server enviroment that hosts the application. You may also get similar results, or even slightly better ones, with cloud instances worth no more than $120 per month.

In order to run the tests we used JMeter to “attack” the web server pouring requests at a sustained rate of 300 per second. All requests were served and all documents generated.